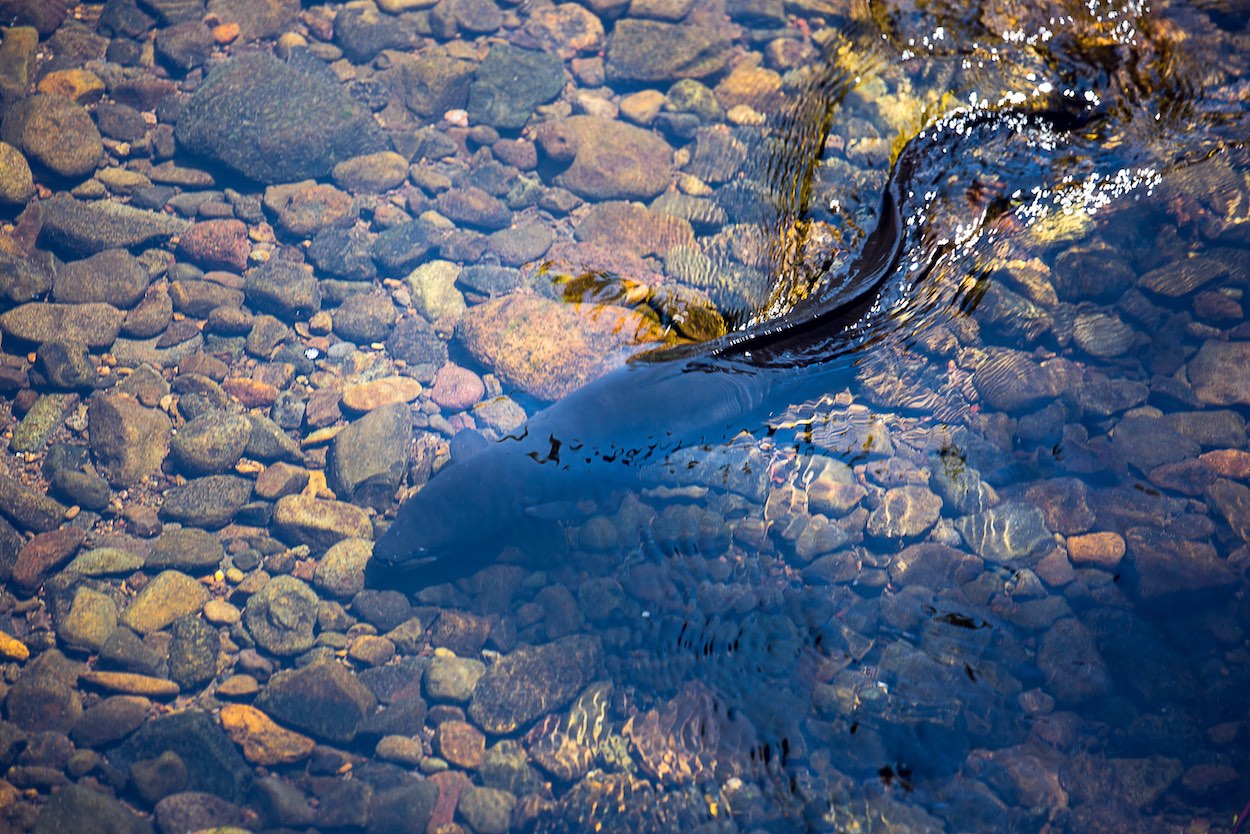 We get asked some interesting questions at Phathom. In fact, not long ago a customer asked us whether we’ve ever had any problems with eels chewing on our sensors. It’s a fair question; New Zealand’s longfin eels are among the biggest in the world. Growing up to 1.75 metres long, the heaviest eel recorded was 24 kilograms, though there are unverified reports of longfins weighing over 40 kilograms. Longfin eels occasionally bitepeople when they venture into the water, and their sharp teeth pack a punch. Small prey, like fish, are eaten whole, but eels aren’t afraid to take on tougher foes: “For items too big to eat whole they tear pieces off their food by taking hold of it with their small sharp teeth and spinning, up to 12 revolutions per second, which enables them to tear pieces of food.” The good news is that Phathom sensors are tough enough to take anything an eel can throw at them, and more.

Phathom sensors have their origins in technology developed for heavy-duty industrial processes, like dairy factories, and the mining industry.

‍Because they’re made to the same standards of robustness as that technology, Phathom sensors can stand up to water hammer, harsh, abrasive conditions, and temperature shocks. For example, a sensor made from the same materials was used for over two years in one of New Zealand’s largest rock quarries, with no signs of abrasion. And Phathom’s now being used on a massive, and massively significant, project in Auckland: Watercare’s Central Interceptor.

Phathom’s being trusted on the Central Interceptor, which is “a super-sized waste water tunnel” and “the largest project in Watercare’s history.”

This 14.7 kilometre long, 4.5 metre diameter tunnel is a crucial part of future-proofing New Zealand’s biggest city for population growth. The experts installed a Phathom T30-SWW after first trying a single-beam sensor and finding that it wasn’t up to scratch. “Mechanically it wouldn’t handle the situation, it blew out of the pipework because it couldn’t handle the pressure and debris,” says Kevin McGarvey of Highway Electrical, who installed the sensor. So he turned to Phathom and hasn’t gone back because, in his words, “it’s tough.” Read the full case study of this installation here.

Phathom sensors are this tough because they’re made from a durable, single-piece polypropylene head.

‍The T30-SWW, which is Phathom’s most sensitive instrument, also has polysulfone fingers protected by stainless steel rods. Phathom sensors can stand up to 5 bar of pressure, which is equivalent to the pressure exerted by a 50 metre depth of water, and they’ll handle an operating temperature range of 0-50 degrees Celsius. That means they’re suitable for a wide range of water quality monitoring projects where turbidity or total suspended solids (TSS) need to be measured, for example where sediment or erosion control are an issue.

‍Single-beam sensors rely on glass lenses, which form weak spots in the sensor body. When water pressure changes abruptly, like the pressure surge caused by a valve suddenly opening or closing, the surge will wreak havoc on the weakest part of the system, which is usually the glass lens. Single-beam sensors also rely on mechanical wipers to stay clean, which is another function that can break or fail. By contrast, Phathom sensors don’t have lenses and they don’t need wipers. In fact, in most installations they barely need cleaning—just occasional maintenance, or a jet attachment that uses pressurised air to dislodge any dirt on the sensor.

So whether you’re worried about super-sized eels, super-sized tunnels, or more typical issues like water hammer, you can rely on Phathom to handle the pressure.